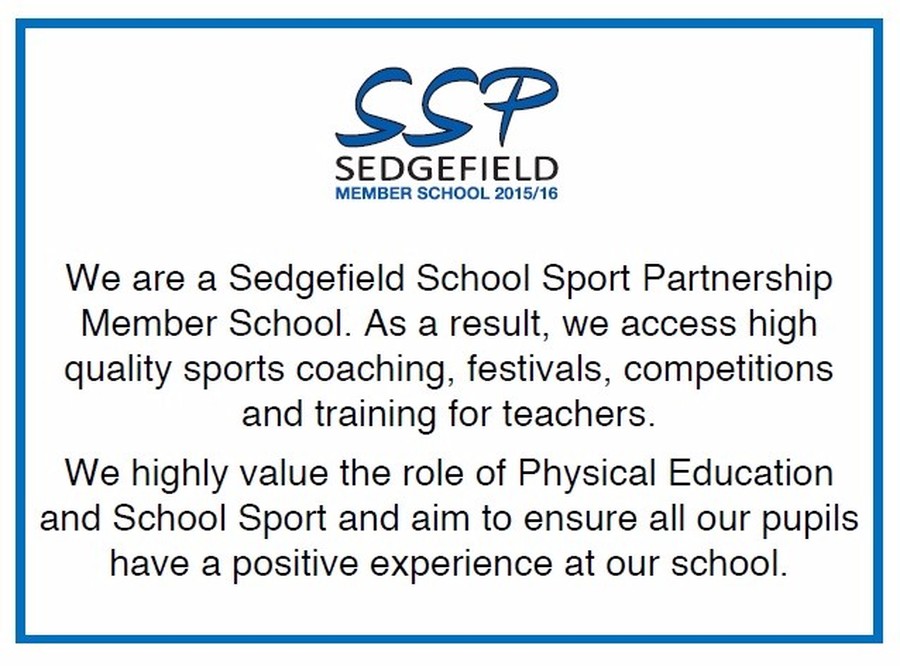 As part of the Enhanced SLA children in each Key Stage 1 and Key Stage 2 class will be receiving 10 weeks of sport coaching from Sedgefield School Sports Partnership.

As part of the SLA we have been allocated the following coaching sessions from Sedgefield School Sports Partnership.

AUTUMN TERM
Dance coaching for after school club during Fit for Fun.

SPRING TERM
Gymnastics coaching for after school club during Fit for Fun.

Back to the Top